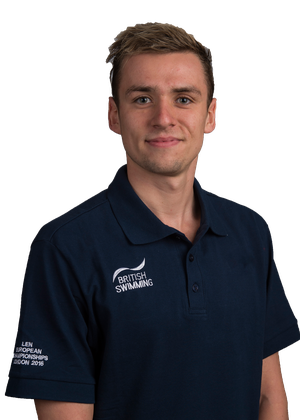 Jack Burnell is currently Great Britain's top marathon swimmer, having competed at an Olympic Games and a quartet of World Championships.

Burnell's most recent Worlds outing came in Gwangju in 2019, when he placed 11th as part of the Mixed 5km Open Water team and 12th individually in his 10km Open Water race.

A year previously, he came even closer to medals at the European Championships, when he finished seventh in the 10km contest and just missed out on the podium with a fourth-placed finish in the team event.

Burnell stormed to his first victory of 2017 at the FINA World Cup in Abu Dhabi, beating Olympic medallists en route to claiming the gold medal. At the World Championships earlier that year, he impressed but finished an agonising fourth behind Olympic champion Ferry Weertman of the Netherlands.

The National Centre Loughborough athlete raced against the best at the Rio Olympics in 2016, as he competed in the Marathon Swimming event that began from the Copacabana Beach after earning the first named quota place for the 2016 Games with his fifth-placed finish at the World Championships the previous year.

Ahead of the Olympics, Burnell placed himself on the European Open Water Championship podium as he claimed silver in the 10km in Hoorn, Netherlands, a result he matched at the World Cup event in Abu Dhabi that year.

The 2015 World Championships in Kazan saw the distance swimmer record his best major international performance to date when he finished fifth in the 10km marathon - the result that secured that Rio 2016 spot.

The year also brought two World Cup golds - in Hungary and Mexico - and a silver in Abu Dhabi.

Burnell recorded two top-10 finishes at the European Championships in Berlin in 2014, a sixth and a seventh-placed finish in the individual 10km and 5km team events respectively.

His first World Championships in 2013 saw continued progress, as he finished only 15 seconds behind the winner to place 15th in the men's 10km race.

Burnell landed his first British Championships podium finish with bronze in the 1500m Freestyle at the London Aquatics Centre in 2012, before turning his attention to the open water for the 2013 season.

His first international stripes came in 2010, finishing fourth in the 1500m Freestyle at the 2010 European Junior Championships in Helsinki, having placed seventh in his first British Championship final over the same distance earlier in the year.

Jack in the news

END_OF_DOCUMENT_TOKEN_TO_BE_REPLACED

Got a question for Jack?