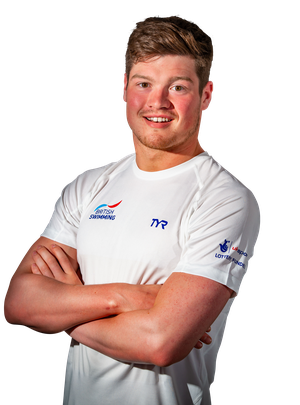 Scott McLay is a burgeoning talent, having already made history by becoming the most successful Scottish Commonwealth Youth Games athlete of all time and then making his senior World Championships bow in 2019.

McLay was part of the British team that finished fifth in the Men's 4x100m Freestyle Relay in Gwangju, before going on to earn his first senior international medal at the European Short Course Championships.

That came in the Mixed 4x50m Freestyle Relay, alongside Duncan Scott, Freya Anderson and Anna Hopkin.

After returning from the Commonwealth Youth Games in the Bahamas in 2017 with five medals under his belt, McLay made his senior international debut for Team Scotland at the 2018 Commonwealth Games, where he took part in the 50m Butterfly and 50m Freestyle events, while also stepping in for the heats of the Men's 4x100m Freestyle Relay, in the Scottish team that went on to win bronze in the event.

Scott in the news