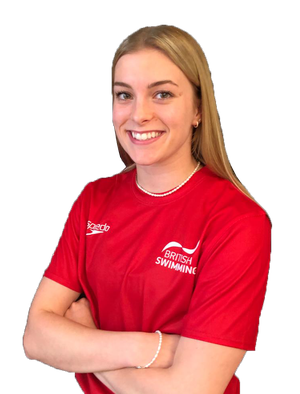 With individual and synchro success, Emily Martin has rapidly gained experience at National, European and World-level.

Emily endured a solid 2022 season with first and third-place finishes in the Women’s 10m Synchro at the British Diving Championships and the Commonwealth Games, respectively.

Individually, the 2022 FINA World Championships in Budapest bought a fifth-place finish in the Women’s 10m Platform, and a sixth-place result in the British Diving Championships.

Emily has enjoyed increasing success on the FINA Grand Prix circuit since her debut at World-level in 2017, with a Bronze in the Women’s 10m Synchro in Singapore, and both Bronze and Gold medals in the same event in Canada and USA, respectively, in 2018.

Nationally, Emily’s first senior-level appearance at the British Diving Championships in 2018 saw her finish fifth in the Women’s 10m Platform, before an eighth-place finish a year later, allowing the Dive London athlete to progress onto more National, Continental and World-level events.

Emily in the news