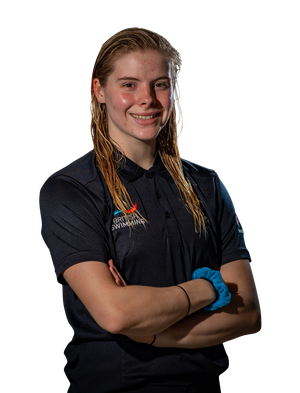 Kat Torrance is a now permanent fixture within the sport of British Diving, having proved her ability on the World, European and Commonwealth stages.

Torrance came close to finishing on the podium in both of her events at the 2019 World Championships in Gwangju, placing fourth in the 1m Springboard final and fifth, alongside Grace Reid, in the Women's 3m Synchro.

The Leeds Diving athlete did make the podium at the European Championships later in the year, claiming bronze in the Mixed Team event, as well as top-10 placings in the Women's 1m and 3m Springboard categories.

The 2018 Europeans provided a learning experience for Torrance, who narrowly missed the podium in the 3m Synchro after dropping a dive in the final round of the event and finishing fourth overall. She also battled hard throughout the final of the 1m event, where she finished 10th.

At her debut Commonwealth Games for Team England in 2018, she claimed 3m Synchro silver alongside partner Alicia Blagg and also reached the finals of her individual events off the 1m and 3m board, where she finished fifth and seventh respectively. The year also brought Women's 3m Synchro bronze, with Grace Reid, at the Kazan leg of the FINA Diving World Series.

The 2017 season was a busy one for Torrance, as she competed at her first World Championships and demonstrated her world-class capability by reaching the final of the 1m and 3m Synchro events. She also made her Diving World Series debut in the same year, attending all four legs. The season opened with a hat-trick of gold medals at the National Cup in Plymouth, before she went on to claim the British 3m Springboard title in Edinburgh.

London 2016 was Torrance's first outing at the European Aquatics Championships. She competed in just one event, the 1m Springboard, to make her debut at that level.

Kat in the news