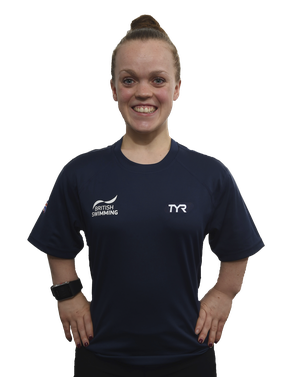 Ellie Simmonds OBE is one of the most recognised athletes in world para-swimming and caught the hearts of the British public with her tearful celebrations after winning gold at the Beijing Paralympic Games, before backing it up with more Paralympic titles at London 2012 and Rio 2016.

Simmonds has amassed eight medals across four events at three Games, including five golds - as well as no fewer than 17 medals at World Para Swimming Championships.

The Walsall-born athlete's 2019 season saw her keep that tally ticking by securing a bronze double at the Worlds in London, in the S6 400m Freestyle and SB6 100m Breaststroke.

A strong set of performances at the 2018 British Para-Swimming International Meet, against competitors from more than 30 countries, saw Simmonds qualify for her fourth European Championships. Having only returned to competitive action at the back end of 2017, she went on to win two European silvers in Dublin, in the S6 400m Freestyle and SB6 100m Breaststroke.

She took a break from the pool after the Rio Paralympics and for the majority of 2017, before making her return to the water in the December of that year at the National Para-Swimming Championships in Manchester.

Rio 2016 saw Simmonds add another two Paralympic medals to her already extensive list of accolades, with her efforts including gold in the SM6 200m Individual Medley, plus bronze in the S6 400m Freestyle and final appearances in her other three events.

Simmonds had previously carried her ever-impressive performances into 2015, with four medals at the World Championships in Glasgow - including gold in the SM6 200m Individual Medley.

The end of 2015 also saw a world-record swim for Ellie at the National Championships held in Manchester - again in the SM6 200m Individual Medley event.

In 2014, she won another three golds -  plus a couple of silvers - at her third European Championships in Eindhoven, notably lowering her SM6 200m Individual Medley world record, and claiming her first international SB6 100m Breaststroke title.

That followed on from an eye-catching World Championships haul in Montreal in 2013. Simmonds won golds in the S6 100m Freestyle, 400m Freestyle and 200m Individual Medley categories, with a bronze in the S6 50m Freestyle added for good measure.

Simmonds was the poster girl of the London 2012 Paralympics - and she thrived on that status and pressure, winning S6 400m Freestyle and SM6 200m Individual Medley golds, as well as S6 100m Freestyle silver and 50m Freestyle bronze.

The Paralympic star went from strength to strength following her debut Games in Beijing, winning five European golds in 2009, four World Championship titles in 2010 and adding another two European golds - both in world record times - in 2011 in the build-up to London 2012.

Despite having been the youngest member of the British team at the 2008 Paralympics in China, Simmonds sprung a surprise to win the S6 100m Freestyle gold, before breaking her own world record by more than seven seconds to claim a second title in the S6 400m Freestyle and rubber-stamp her status as a world-class para-swimming athlete, following her senior international debut at the 2006 Worlds.