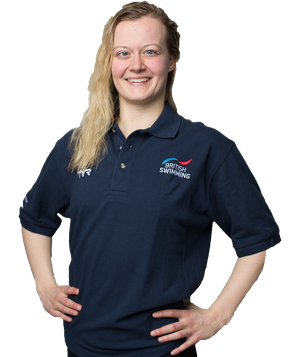 Hannah Russell MBE made her Paralympic debut in front of the home crowd in 2012 and came home with three medals and hasn't looked back winning titles at the World and European Championships before returning for more Paralympic success in 2016 in Brazil.

Having missed the chance to race at the World Para Swimming World Championships in Mexico in 2017, Russel was keen to get back on the international stage and continue to demonstrate she is one of the best S12 swimmers in the world.

Her gold in the MC 50m Freestyle at the British International in the May of 2018 secure her spot on the plane to Dublin for the European Championships.

Russell secured three medals including two podium-topping swims in the S12 50m Freestyle and the S12 100m Backstroke. This South American success followed European gold, silver and bronze in May and a trio of domestic titles earlier in the year.

The Paralympic Champion impressed the home crowd at the 2017 British Para-Swimming International Meet to win two gold and a silver medal after enjoying success in Rio.

2015 started with a move to the Manchester-based National Performance Centre for Russell, she then went on to collect a medal haul of four at the British Para-Swimming International Meet including two gold.

Hannah Russell broke through in the S12 visually impaired classification in 2011, winning MC 100m Backstroke bronze on her British Gas Swimming Championships debut in Manchester. A few months later, she reached her first international podium with 100m Backstroke silver and 100m Butterfly bronze at the IPC European Championships in Berlin.

Hannah in the news

END_OF_DOCUMENT_TOKEN_TO_BE_REPLACED

Got a question for Hannah?