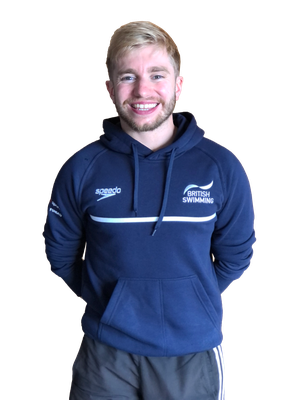 James Hollis has represented Great Britain in the pool at Paralympic, world and European level as an S10 swimmer, specialising in the 100m Butterfly.

After making his international debut at the 2011 European Championships in Berlin, Hollis went on to compete in front of 17,500 thousand fans at the London 2012 Paralympic Games - this experience was the S10 swimmers standout memory when reflecting on his career on hanging up his goggles in 2018.

Following the completion of his Masters Degree at Loughborough University, Hollis moved up to the Manchester National Centre in the year prior to his 2018 retirement. While in the North-West, he took up a strength and conditioning internship student placement with the English Institute of Sport (EIS), before later returning to Loughborough to start his role as a performance lifestyle advisor.

However with a pandemic to contend with just as his post-athlete career was taking shape, Hollis was tempted back into the pool by the announcement that Birmingham 2022 Commonwealth Games programme included an S10 event, whist he'd also restarted swim training to help manage his condition and competed in December 2021 at the British Para-Swimming Winter National Meet.

Continuing a fine return to competition, Hollis picked up a mixed-classification bronze in the Men’s 100m Butterfly at February’s Para Swimming World Series competition in Aberdeen – a performance that earned his place among the team headed for the 2022 World Para Swimming Championships in Madeira.