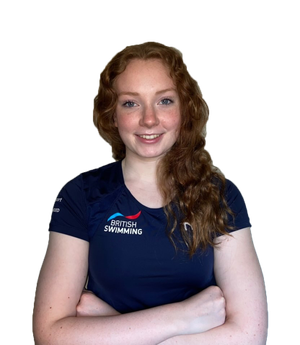 Zara Mullooly followed up a two-medal performance at her debut World Para Swimming Championships in 2019 by earning selection to the Paralympic team at Tokyo 2020.

The Leeds University athlete - who has spent the bulk of her career under coach Jacquie Marshall at Northampton Swimming Club - competed in a plethora of events at the 2022 Para Swimming World Series inc. British Para-Swimming Meet. Her programme included a couple of fourth-placed finishes in the competitive MC 50m and 400m Freestyle.

At Tokyo 2020, Mullooly narrowly missed out on the medals in the S10 400m Freestyle and the 34pts 4x100m Medley, both resulting in a fourth-place finish. She also reached the S10 50m and 100m Freestyle finals.

Back in 2019, Zara secured silver in the S10 50m Freestyle and bronze in the S10 400m Freestyle at the World Para Swimming Championships, narrowly missing out on a hat-trick of podium placings as she finished fourth in the S10 100m Freestyle in London. She set new British records in each of those events in 2019.

A successful European Championships in Dublin the previous year was enjoyed by the S10 swimmer, as she returned from the Europeans with a medal of each colour to her name, clinching individual silver and bronze in the S10 50m and 100m Freestyle respectively, while helping the British Women's 34pt 4x100m Medley Relay team to gold in a world-record time of 4:53.62.

Mullooly had been due to compete at her first World Championships in Mexico City in 2017, but the British team were unable to attend due to the earthquake. In 2016, her European Championships debut came in Funchal, Mullooly earning top-12 placings across the S10 50m, 100m and 400m Freestyle events.

Zara in the news