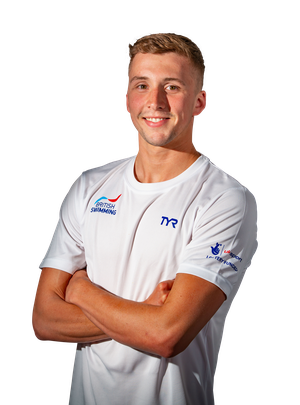 Daniel Jervis has medalled at back-to-back Commonwealth Games and appeared at two World Championships in the distance Freestyle events of 400m and 1500m.

A bronze in the 1500m at the 2014 Commonwealths in Glasgow was followed by a silver on the Gold Coast four years later.

The year of 2019 brought his second appearance at a Worlds event, a 13th-placed finish in the 1500m and 17th in the 400m coming three months after he claimed both of those titles at the British Championships.

As well as securing 1500m Freestyle silver, Jervis also raced the 400m Freestyle at the Gold Coast Commonwealth Games in 2018, narrowly missing out on the podium to finish fourth. This followed on from a gold and bronze in the 1500m and 400m events respectively at the British Championships that March.

Illness, though, meant Jervis had to withdraw from his events at the European Championships later that year.

The 2017 World Championships in Budapest provided a first Worlds outing for the City of Swansea Aquatics athlete, and he registered a top-20 finish in the 1500m Freestyle after claiming the British title over that distance at the national championships.

Jervis' debut to the senior international scene for Britain came at the European Championships in London in 2016. He competed in two events, the Men's 800m and 1500m Freestyle, in front of a home crowd at the London Aquatics Centre.

In 2014, he came away from the Glasgow Commonwealth Games a bronze medallist for Wales after he placed third in the 1500m Freestyle on his debut at that level.

Daniel in the news