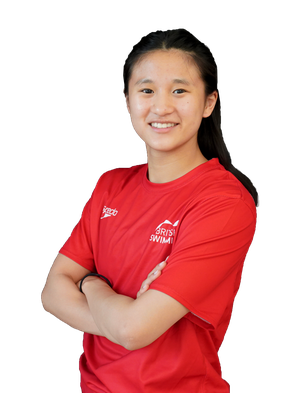 Eden Cheng made a rapid rise through the junior ranks of British diving and made her senior World Championships debut in 2019 - a year on from securing gold in her first European Championships outing - before becoming an Olympian for the first time at Tokyo 2020.

Heading into the 2022 World Championships in Budapest, the Crystal Palace athlete headlined an exciting British Diving Championships, claiming gold and silver in the Women’s 10m Platform and the Women’s 10m Synchro respectively to secure her spot at another major senior international.

Eden teamed up with Lois Toulson at the Olympic Games in 2021, with the pair having secured Team GB a spot in the Women's 10m Synchro contest after a special silver in the preceding FINA Diving World Cup. At the Games, Cheng and Toulson placed seventh.

Cheng impressed in both of her events at the Worlds in Gwangju, finishing sixth in the Women's 10m Synchro and Mixed Team contests, after earning a 10m Synchro bronze, alongside Lois Toulson, in the final leg of the FINA Diving World Series earlier in the year.

There was also a silver medal for Cheng and Noah Williams in the Mixed 10m Synchro event at the 2019 European Championships, plus a bronze in the Mixed Team event.

In 2018, she partnered with world medallist Toulson for the Women's 10m Synchro, and the pair demonstrated their future potential against an international field to claim gold and the title at the first combined European Aquatics Championships in Edinburgh.

Eden in the news