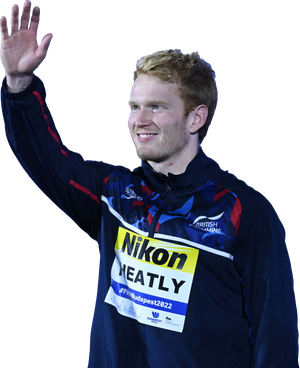 James Heatly has won medals at both Commonwealth and European levels, most recently at the 2019 European Championships in Kiev.

Heatly competed at the 2019 World Championships in both the 1m and 3m Springboard disciplines on the back of becoming British champion in both events, equalling his previous best of ninth in the world, from 2017, in the 1m event.

His season then culminated at the European Championships, where he secured a bronze in the 3m Springboard.

A strong start to 2018 saw Heatly claim Commonwealth Games bronze on Australia's Gold Coast in the Men's 1m event, and he also reached the finals of the 3m Springboard and Men's 10m Synchro, ranking fifth in both.

He competed at his first World Championships in 2017, where he finished ninth overall in the 1m Springboard event. His selection came off the back of three medals - a tally of gold and two silvers - at the British Diving Championships. The year also brought a bronze in the 3m Synchro contest.

The year before, there was Diving World Series bronze for Heatly in London, alongside Grace Reid in the Mixed 3m Synchro. The inaugural European Games also brought a medal of each colour for the Winchester-born diver, including 3m Springboard gold.

At the 2014 Commonwealth Games, Heatly was the youngest member of Team Scotland, competing in front of a home crowd as he made the finals of the 1m and 3m Springboard events, a year after his senior international debut at a Grand Prix event in Bolzano.