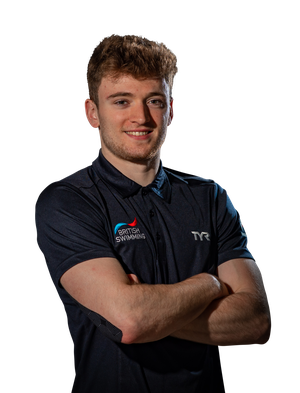 Matty Lee is one of the country's most promising divers, having won medals at separate World Championships and a FINA Diving World Series gold.

In 2019, Lee's 10m Synchro pairing with Tom Daley showed real promise, with three medals secured in the Diving World Series, including a gold in London, before the pair took bronze at the World Championships in Gwangju.

The Dive London Aquatics athlete struggled with injury in the early part of 2018 - but he still managed to compete at his first Commonwealth Games for England, in the 10m Platform event.

A silver medal in the Mixed 10m Synchro at the European Championships, alongside Lois Toulson, then rounded off Lee's 2018 season in fine fashion.

Matty qualified for his second World Championships the previous year by virtue of winning the Men's 10m Platform contest at the British Championships. His display in the Worlds Mixed 10m Synchro, with Toulson, would lead him to his maiden medal at that level - a silver. The Leeds-born athlete also impressed in the individual event, reaching the final.

Those results followed on from a successful European Championships in 2016, when he clinched a Mixed Synchro Platform silver and Mixed Team event bronze, while also finishing fifth in the Men's 10m Platform category.

At only 17 years old, Lee participated in his first World Championships in Kazan in 2015. He showed his potential for the future and great maturity, ranking 18th in the 10m Platform event and ninth in the Men's 10m Synchro, alongside James Denny.

He won his first senior international medals in 2014, combining with Dan Goodfellow for 10m Synchro bronze at the opening two legs of the FINA Diving World Series. That same year brought his maiden domestic podium finishes, too, with bronzes in the National Cup and British Championships.

The European Junior Championships had previously provided an early insight into Lee's quality, with Group B 3m Springboard golds won in back-to-back years, across 2012 and 2013.

Matty in the news