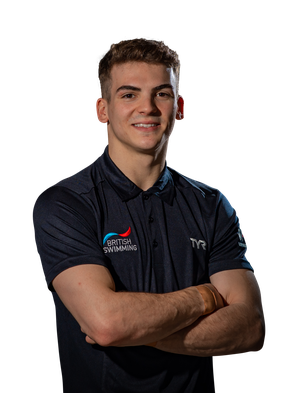 Ross Haslam has been making a name for himself on the international stage following his World Championships debut in 2017, winning medals at both European and World Cup levels since.

Haslam's 2019 season saw him finish sixth in the Mixed Team event at the Worlds in Gwangju, as well as competing on the 1m Springboard.

There was also a fifth-placed finish at the European Championships - this time in the 3m Springboard event - and outings at three FINA Diving World Series legs.

A trio of British Championship medals in Plymouth at the beginning of 2018, including gold in the 3m Springboard event, secured his spot on the plane for his first Commonwealth Games, where he represented Team England and reached the final of the 1m Springboard, 3m Springboard and Men's 3m Synchro events.

The same year, Haslam won a bronze in the Mixed 3m Synchro at the World Cup in Wuhan, alongside Grace Reid, and then followed it up with silver - again with Reid - in the same event at the European Championships.

The 2017 campaign brought with it Haslam's debut selection for the senior British team that attended the World Championships in Budapest, following his trio of golds - in the Men's 3m Springboard, 3m Synchro and Mixed 3m Synchro categories - at the British Championships.

Ross in the news