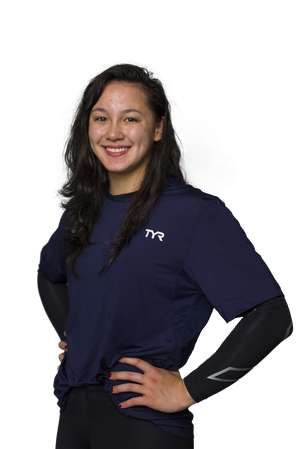 Alice Tai MBE is a Paralympic, World, European and Commonwealth champion who most recently secured a staggering seven gold medals at the World Para Swimming Championships in 2019.

The Ealing Swimming Club athlete's eye-catching display backed up an impressive medal haul across 2018, which culminated with her winning four golds in each of her events at the European Para Swimming Championships in Dublin. The victories came in the S8 100m Freestyle, S8 100m Backstroke, S8 100m Butterfly and Women's 34pt 4x100m Medley Relay.

Those successes were preceeded by two trips to the British Para-Swimming International Meet podium to collect double gold in the MC 100m Freestyle and Backstroke events, as well as silver and gold in those respective events for Team England at the Gold Coast Commonwealth Games.

A highly successful debut World Championships at Glasgow 2015 preceded that Paralympic bow, the Poole-born swimmer clinching four medals, including gold in the 34pt 4x100m Medley Relay and a trio of bronzes. Earlier that year, Tai impressed by reaching four finals at the British Para-Swimming International Meet.

In 2014, Tai made her international breakthrough, qualifying for her first senior British team at a major championship team, courtesy of Youth 100m and 400m Freestyle golds at the British Para-Swimming International Meet in Glasgow, which put her on the plane to the Europeans in Eindhoven.

Tai had made telling progress in 2013, reaching three senior finals at the British International Disability Swimming Championships and then winning MC 50m Freestyle bronze and MC 100m Freestyle silver at the ASA National Championships in Sheffield.

Alice in the news