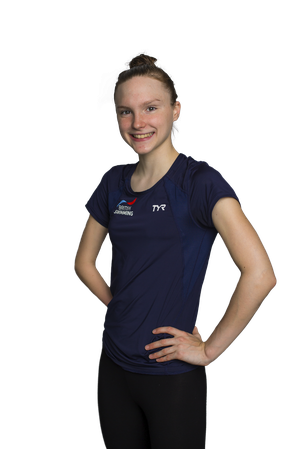 Toni Shaw followed up a breakthrough 2018 by securing no fewer than six medals at her debut World Para Swimming Championships a year later.

The year before, after a series of impressive swims at the 2018 British Para-Swimming International Meet, Shaw went on to compete at her first European Para Swimming Championships in Dublin.

Six medals - two of each colour - were again the result, as well as a world record in the Women's 34pt 4x100m Medley Relay. The golds came in that relay and the individual S9 400m Freestyle event, with silvers in the S9 100m Butterfly and SM9 200m Individual Medley and bronzes across the S9 100m Freestyle and S9 100m Backstroke categories.

Before that impressive effort, Shaw reached the final of all four of her events at the Gold Coast 2018 Commonwealth Games for Team Scotland, with her best finishes coming in the S9 100m Freestyle and Backstroke, where she was fifth at the touch.

Shaw - who had been due to represent Britain at the World Para Swimming Championships in Mexico in 2017 before the earthquake - had started to make her name known through bright displays across the 2016 and 2017 British Para-Swimming International Meet.

Toni in the news