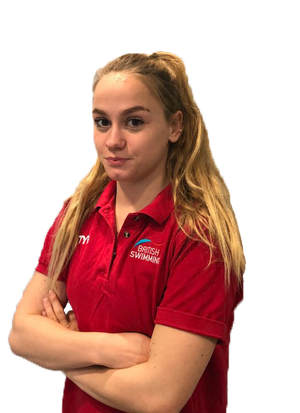 In 2017, Thorpe competed at her maiden World Championship, impressing to finish 16th alongside Kate Shortman in the Free Duet event.

She also made her senior international debut in 2016, competing with the British team at the French Open in Paris, then the European Championships in London.

In 2016, the pair competed at the European Junior Championships in Rijeka, finishing 10th in the Duet, while Thorpe also helped the British squad to top 10 finishes in the Team and Free Combination events.

Thorpe combined with Shortman to great effect at junior international level, finishing eighth against some of the top European nations at the Mediterranean Cup in 2015, then improving to fifth in 2016.

She also won the Solo title for her age group in 2013 and lifted the prestigious Shacklock Trophy in 2013 and 2014.

Thorpe built a fine record at national age group level, winning Team gold for five consecutive years between 2011 and 2015 and Duet gold alongside Kate Shortman for five straight Championships between 2012 and 2016.