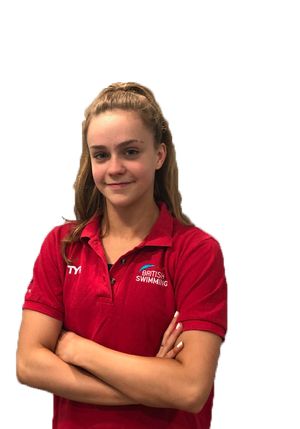 First stepping onto the podium with Bristol Central for Team Free gold in 2011, Shortman won her first clean sweep of Solo, Duet and Team titles at the 2012 ASA National Age Group Championships in Gloucester. She repeated the treble in 2014 and 2015 before lifting the Shacklock Trophy for the first time in 2016 after winning Solo and Duet gold as well as Free Team silver with City of Bristol.

Teaming up with Isabelle Thorpe, Shortman caught the eye at junior international level in 2015 and 2016, finishing eighth against some of the top European duets at the Mediterranean Cup in 2015, then improving to fifth in 2016.

Shortman also competed at her first European Championships in 2016, finishing eighth as the youngest member of the British team in both the Tech Team and Free Team events. The following year Shortman made her World Championship debut, finishing 16th alongside Thorpe in the Free Duet, as well as making the Free Solo final on the way to a 12th place finish.

At her second senior European Championships in 2018, Shortman finished ninth in the Free Solo and 11th with Thorpe in the Free Duet.

The 2019 season brought Shortman her first individual FINA World Series medal with a bronze medal in Barcelona, which was followed up with reaching the Solo Tech and Free finals at the 2019 World Championships in Gwanju, in addition to a 14th place finish in the both the Duet Tech and Free with Isabelle Thorpe.