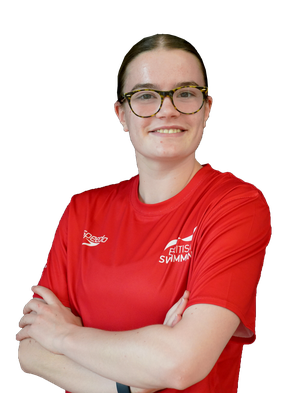 Commonwealth Games medallist Amy Rollinson has earnt success in both individual, and synchronised, events early in her diving career.

Amy put in a strong performance in her maiden Commonwealth Games, earning a Bronze medal in the Women’s 1m Springboard Final, before a fourth-place finish with partner Desharne Bent-Ashmeil in the Women’s 3m Synchro.

An exciting 2022 season included a podium 1m Springboard finish at the British Diving Championships, as well as a fifth-place 3m Springboard performance, and a remarkable first-place finish in the Women’s 3m Synchro, again with Desharne Bent-Ashmeil. Similarly, Amy landed fourth-place in the Women’s 3m Synchro at the 2022 European Championships in Rome, as part of the same duo.

Amidst an impressive junior career, Amy made her first appearance at senior National-level at the British Diving Championships in 2020, finishing seventh in the Women’s 3m Springboard, and earning an excellent second-place in the 3m Synchro with Holly Waxman of Leeds Diving Club.