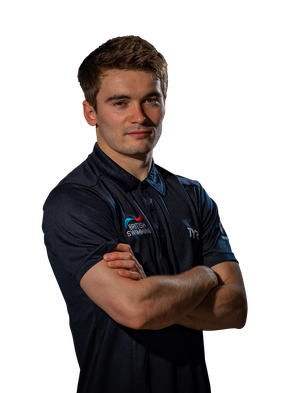 Dan Goodfellow has had several highly successful seasons on the British Diving team, in which time he has claimed bronze at his debut Olympics, as well as medals at World, European and Commonwealth level.

The 2019 campaign saw Goodfellow secure his first FINA Diving World Series medals with a 3m Synchro bronze in Sagamihara and 3m Springboard silver in London, before a silver at the World Championships in Gwangju, alongside Jack Laugher in the 3m Synchro.

The City of Leeds athlete started his 2018 international campaign well, with gold and a first Commonwealth title for England in the Men's 10m Synchro with partner Tom Daley. This was preceded by a World Series bronze with Daley in Beijing.

He then rounded his season off with a fourth-placed finish at the European Championships in the Men's 3m Springboard.

Rio 2016 provided the Cambridge-born diver with his Olympic debut - and it proved a memorable bow, as he secured 10m Synchro bronze, again with Daley. The year also brought an identical result at the World Cup, in Rio, plus a silver at the European Championships.

The foundations for that Olympic medal were strengthened in 2014, a year in which Goodfellow combined with Matty Lee to land 10m Synchro bronze at the opening two World Series legs, before becoming Daley's partner for the same event the following year, ahead of the Olympics.

Two bronze medals at the season-opening British Diving Championships in Plymouth set the tone for a whirlwind 2013 season in which Goodfellow made his senior European and World Championship debuts and won 10m Platform gold at his final European Junior Championships.

There were more encouraging signs in 2012, as he finished fourth in the 10m Platform at the British Diving Championships then secured two more top-six finishes in the top age group at the European Junior Championships.

It was in the European Junior that Goodfellow initially showed his promise during his 2011 debut, when he won 3m Springboard bronze and placed in the top five in both the 1m Springboard and Platform events in the Group B age category.

Dan in the news