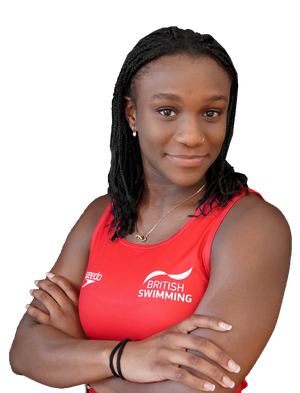 The 2022 Commonwealth Games marked Desharne’s transition to the senior world of diving, with fourth-place finishes in the 3m Women’s Synchro, and Women’s Springboard individually, as well as in the Mixed 3m Synchro – narrowly missing out on a podium spot by 2 points. Similarly, the European Championships saw the teenager land fourth spot in the Women’s 3m Synchro.

Having become gradually more established at senior-level, the Dive London Aquatics Club athlete landed a fourth-place finish in the Women’s 3m Springboard at the British National Diving Cup in 20022. She further accompanied this with success in the Women’s 3m Synchro with Amy Rollinson of Luton Diving Club, securing a first-place result at the British National Diving Championships.

Amongst a glittering youth-career, Desharne made her first appearance at the British Diving Championships in 2019 at just fourteen years old, placing third in the Women’s 1m Springboard.