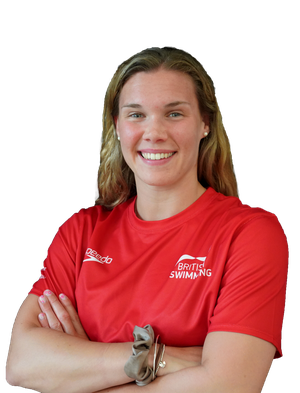 Grace Reid has become one of the most established members of the British diving team over recent years, making her mark at two Olympic Games and earning a silver medal at the 2017 World Championships.

After claiming a couple of silvers in the Women’s 1m and 3m Springboard events at the 2022 British Diving Championships, Grace is preparing for her third World Championships, at the same Budapest venue where she made her Worlds bow in that 2017 edition.

The previous year, Reid and then-synchro partner Kat Torrance qualified a berth for the synchro event at the Olympic Games with a sixth-place finish at the FINA Diving World Cup. At the Olympics, the pair placed sixth again, before Reid came 19th after disappointingly just missing out on a semi-final spot.

Reid came close to finishing on the podium at the Worlds in Gwangju in 2019, placing fourth in the Mixed 3m Synchro, fifth in the Women's 3m Synchro and eighth in the 3m Springboard event.

That performance came in the same year as her first ever gold medal in the FINA Diving World Series, courtesy of victory alongside Tom Daley in the Mixed 3m Synchro at London's Aquatics Centre.

In 2018, Reid made history as she became the first woman ever to win a Commonwealth diving gold for Scotland on the Gold Coast - in the 1m Springboard event - and also claimed five Diving World Series medals.

Later that year, the Dive London Aquatics athlete made a memorable return to her hometown of Glasgow for the first multi-sport European Aquatics Championships as she came away with a gold and silver medal, in the Women's 3m Springboard and Mixed 3m Synchro events respectively. She also finished fourth in the Women's 3m Synchro on the final day of competition.

Reid competed at her first World Championships in Budapest in 2017, when she was crowned silver medallist in the Mixed 3m Synchro, alongside Tom Daley. She also impressed to finish fourth in the Women's 3m Springboard category and fifth, with Kat Torrance, in the 3m Synchro.

Reid opened 2016 with a title at the British Diving National Cup in Southend in the Women's 1m Springboard. She went on to represent Great Britain at the FINA Diving World Cup in Rio de Janeiro and secured a second Olympic quota place for the Women's 3m Springboard.

Next came the European Championships in London, which saw Reid become European champion with Tom Daley in the Mixed 3m Synchro, as well as clinching an individual bronze medal in the 3m Springboard.

Reid's Olympic debut followed at Rio 2016, where she reached the final of the 3m Springboard event.

A debut appearance at the Diving World Series 2015 in London saw her team up with fellow Edinburgh-based diver James Heatly. The pair secured Great Britain a place on the podium there, after winning bronze in the Mixed 3m Synchro.

Reid made her second Commonwealth Games appearance for Scotland in 2014, a year on from her maiden national title - in the 3m Springboard - at the 2013 British Diving Championships.

A first international call-up for Reid came in 2010 at the Commonwealth Games in Delhi, where she the youngest member of Team Scotland at only 14 years old.

Grace in the news