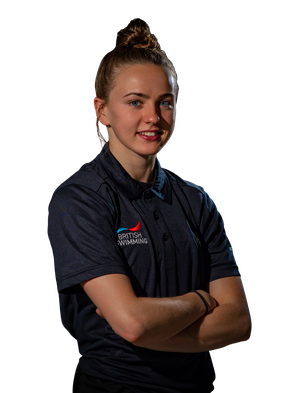 Lois Toulson is a regular on the senior British Diving team after competing at every level of international competition, including the Olympic Games and two World Championships - one of which brought a silver medal in the Mixed 10m Synchro event.

Toulson finished sixth in the Women's 10m Synchro in Gwangju in 2019, as well as featuring in the 10m Platform event. The former of those events also brought her a bronze medal at the London leg of the FINA Diving World Series.

The 2018 season opened with a British title in the Women's 10m Platform for the City of Leeds diver, and she then came away a medallist from her debut Commonwealth Games on Australia's Gold Coast, claiming bronze in the same category.

Toulson closed her 2018 campaign in memorable fashion at the European Championships in Glasgow by securing the European title in the Women's 10m Synchro, alongside partner Eden Cheng. She also picked up a silver medal in the Mixed 10m Synchro event with Matty Lee. The individual platform event saw Toulson finish just a few points off the podium in fifth.

Toulson's 2017 brought with it a first World Championship appearance - and a first Worlds medal too. Her and Matty Lee produced an eye-catching performance in the Mixed 10m Synchro event to clinch silver, while there was a seventh-placed finish for Toulson in the Women's 10m Synchro, alongside Tonia Couch.

There was also a brilliant double gold for her at the European Championships in Kazan, in the 10m Platform and Mixed Platform Synchro events.

After winning the British 10m Synchro title in Sheffield, the focus for 2016 turned to Toulson's debut at the Olympic Games, which saw her and Couch qualify for the Women's 10m Synchro final, eventually finishing two places off the podium, in fifth.

She excelled at the British Championships in 2015, winning the 10m Platform event and she then backed up her performance by standing on top of the podium at the inaugural European Games in Baku.

Toulson gained two silvers (1m Springboard, Platform) in her first season in the Group B age group at the 2013 Elite Juniors, then reached the finals in both events on her European Junior Championship debut later in the season.

After winning a couple of Group C medals at the 2012 Elite Junior Championships, she impressed at the start of the 2013 season - her first on the senior circuit - reaching the 1m and 3m Springboard finals at the British Gas Diving Championships in Plymouth, finishing sixth in the former.

Lois in the news