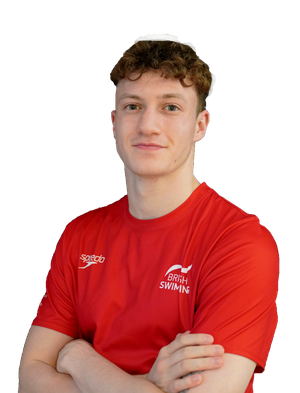 Noah Williams has made a speedy rise through the ranks of British Diving, following up Commonwealth and European silver medals in 2018 with top-10 finishes at his debut World Championships the following year.

Competing in his first Worlds in Gwangju in 2019 after winning 10m Platform gold at the British Championships, Williams reached the final of that category to finish 10th, as well as narrowly missing out on a Mixed 10m Synchro medal by placing fourth with synchro partner Robyn Birch. His individual performance qualified an additional spot for Team GB at Tokyo 2020.

The year also brought a Men's 10m Synchro title at the British Championships, as well as that 10m Platform success - his first national golds.

After two medals at the previous national championships in 2018, Williams earned a call-up to his first Commonwealth Games for Team England on the Gold Coast, ultimately coming away a silver medallist alongside partner Matthew Dixon in the 10m Synchro event.

The Dive London Aquatics athlete closed his 2018 campaign - which also featured Grand Prix silver and a Diving World Cup appearance - with another 10m Synchro silver alongside Dixon, this time at the Glasgow European Championships.

The 2017 season saw Williams make his first continental appearance and win his first European medal - a bronze in the 10m Synchro event. This followed on from Platform and 10m Synchro gold at the British National Diving Cup.

Noah in the news