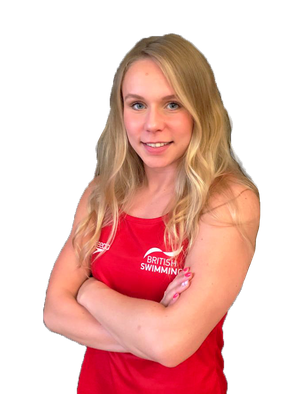 Robyn Birch has become a regular part of the British Diving team since breaking into the senior setup in 2015 - with a third World Championship appearances coming up at Budapest 2022.

Birch heads into those Championships in solid form, having been crowned British champion in the Women’s 10m Synchro at the 2022 British Diving Championships, alongside fellow Dive London Aquatics athlete Emily Martin. They followed that up with a fifth-place finish in the FINA Diving Grand Prix in Canada, with Birch preparing for a busy summer that will also include her second Commonwealth Games appearance for Team England.

Ahead of Budapest, Robyn's most recent senior international outing came at the World Championships in Gwangju in 2019, when she narrowly missed out on a medal in the Mixed 10m Synchro event with Noah Williams, a score of 285.18 seeing them finish fourth. She also took part in the individual Women's 10m Platform category, having claimed silver in that event at the British Championships.

The Dive London competitor competed in two legs of the FINA Diving World Series earlier in 2019, finishing fourth in London in the Women's 10m Platform contest.

Birch's 2018 season provided an invaluable level of experience, with outings at European Championships, Commonwealth Games and FINA World Cup competitions. She recorded a sixth-placed finish in the 10m Platform and came an agonisingly close fourth fourth in the Team Event at the Europeans, alongside James Heatly, while there were two more top-10 finishes - in the 10m Platform and Women's 10m Synchro categories - at the Commonwealths.

In 2017, Birch placed ninth in the 10m Platform event at the European Championships, as well as competing in both the individual and team events at the Worlds in Budapest.

At the previous Europeans in 2015, she reached the podium by claiming a silver medal in the Women's 10m Synchro, alongside Georgia Ward.

Robyn in the news