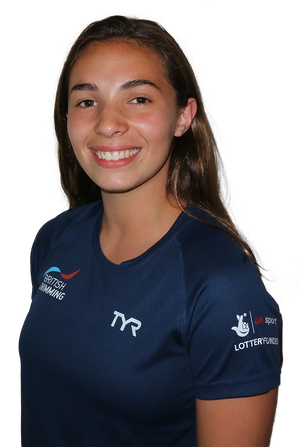 Scarlett Mew Jensen is one of many rising stars within British Diving, making her senior World Championships bow in 2019 and impressing at the European Championships too.

Mew Jensen competed in both the Women's 1m and 3m Springboard events at the Worlds in Gwangju, having claimed silver and gold respectively in those events at the British Championships - as well as 3m Synchro gold - earlier in the year, to secure her first individual national title.

The Dive London Aquatics athlete took part in four categories at the European Championships, also in 2019, narrowly missing out on the podium by finishing fourth in the Women's 3m Synchro competition.

The 2018 season saw Mew Jensen gain experience across the Glasgow European Championships and two FINA Grand Prix events, while she took silver and bronze in the 3m Springboard and 3m Synchro categories respectively in the British Championships.

Her maiden senior international outings came the previous year, when she claimed 3m Synchro gold at the Singapore Grand Prix, alongside Yasmin Harper, as well as a bronze in the same event in Kuala Lumpur.

Scarlett in the news