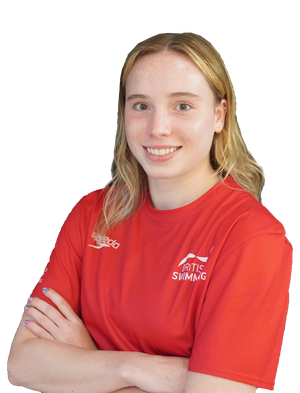 Yasmin Harper has increasingly enjoyed success as part of the British Diving team in recent years, particularly on home soil.

At the 2022 British Diving Championships, Yasmin earnt first place in the Women’s 1m Springboard, as well as in the 3m Springboard final with a score of 321.55, ahead of fellow Brit Grace Reid in second.

Later in a busy 2022 season, Yasmin competed in her maiden FINA World Championships in Budapest with twenty-fifth and fifteenth place finishes, but gained invaluable experience at the world-level. In addition, Yasmin earnt her first medal at European-level in the Women’s 3m Springboard, finishing third amongst a strong field.

The City of Sheffield Diving Club athlete was also able to secure top-ten finishes at the 2022 Commonwealth Games on home soil, with sixth and seventh-place finishes in individual events, and eighth-place in the mixed 3m synchronised.

Yasmin found great success at the 2020 British Diving Championships, winning the Women’s 1m Springboard event, building on fifth-place finishes in 2019 in both the 1m and 3m finals.

2016 saw Yasmin’s debut British Championships appearance, with fourth-place in the 3m Synchronised, before she was able to return the following year to claim first-place with Scarlett Mew Jensen of Dive London Aquatics club.