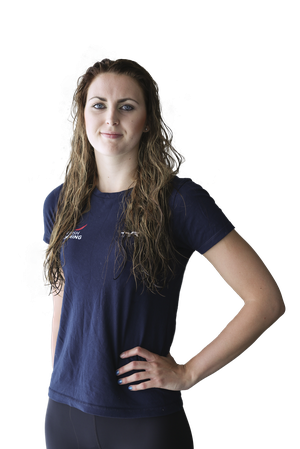 Jessica-Jane Applegate MBE has been a world-class performer across the British Para-Swimming team for the past decade, winning medals at the the last year Paralympic Games - including Paralympic titles at London 2012 and Tokyo 2020.

The City of Norwich athlete capped her third Paralympic appearance by becoming Paralympic champion for a second time at Tokyo 2020, as her three-medal haul in Japan included a gold medal in the inaugural Mixed S14 4x100m Freestyle Relay. There were also impressive individual bronzes in the S14 200m Freestyle and 100m Backstroke events.

Before that, and following a lack of available competitive opportunities in 2020, with the Paralympic Games postponed 12 months, the European Championships in Madeira saw Applegate make a golden start to the 2021 season as she secured a clean sweep of victories in the S14 100m Freestyle, 200m Freestyle, 100m Backstroke and 100m Butterfly events.

Applegate's 2019 campaign saw her claim a quartet of medals at the World Para Swimming Championships on home soil, including gold as part of the Mixed S14 4x100m Freestyle Relay team. She also took silver in the S14 100m Butterfly and bronze in both the S14 100m Backstroke and S14 200m Freestyle events, as well as finishing fourth in the SM14 200m Individual Medley.

They proved to be a fruitful Europeans for the City of Norwich athlete, who clinched her first European title in a world-record time in the S14 100m Butterfly. She also claimed three silver medals, helped the S14 4x100m Freestyle Relay team to gold and was part of two British clean sweeps of the European podium.

In 2016, Applegate made her second appearance at a Paralympic Games, in Rio, picking up silver medals in the SM14 200m Individual Medley and S14 200m Freestyle, plus a S14 100m Backstroke bronze. That followed on from a strong start to the year, which included three visits to the podium at the British Para-Swimming International Meet and three more medals at the European Championships.

Applegate had her second outing at the World Para Swimming Championships in Glasgow in the summer of 2015, coming away with the title in the S14 100m Backstroke and a further two silver medals in the S14 200m Freestyle and 200m Individual Medley events. The year also saw her break the world record in the S14 100m Butterfly.

The rapid progress made in her early career continued into 2013, and she went on to represent Britain again in Montreal’s World Championships, winning gold in the 200m Freestyle. Applegate also won silver in the 200m Individual Medley, and bronze in the 100m Freestyle.

Her first international outing representing Britain came in 2012 - and it was a memorable moment. Debuting at the 2012 Paralympic Games in London, Applegate qualified for both S14 100m Backstroke and S14 200m Freestyle finals. She won gold in the latter, becoming the first British S14 swimmer to stand at the top of the Paralympic podium at London 2012. She was appointed an MBE in the 2013 New Year Honours list for services to swimming following the Games.

Applegate set one of the fastest times in the world over 50m and the 200m Freestyle at the 2011 Wales Winter Open, solidifying her potential as a world-class international para-swimmer in the S14 classification ahead of London 2012.

That followed on from her first first real taste of success at the 2011 British International Disability Championships, where she found herself gracing the international podium at just 15 years old. She received a bronze medal in the MC 50m Freestyle event and, since then, has rarely left a major meet without a medal.