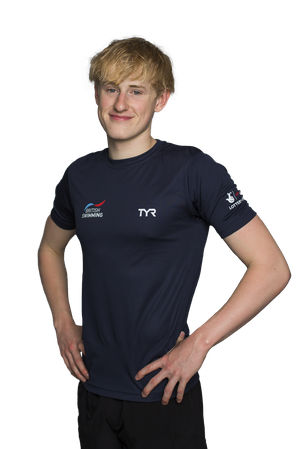 Jordan Catchpole is a rising star within the ranks of British Para-Swimming, having won medals at his debut World and European Championships.

That followed on from a successful 2018 season that saw the former City of Norwich athlete claim his maiden European Para Swimming Championships title with gold in the Men's S14 4x100m Freestyle Relay, as well as silvers in the S14 200m Freestyle and S14 100m Backstroke events. Earlier in the year, he had won gold in the MC 200m Freestyle category at the British Para-Swimming International Meet to help secure his spot in the Europeans squad.

Catchpole had been due to compete at his maiden World Championships in Mexico in 2017, but the team were unable to attend following an earthquake in the host city.

He was awarded the Men's Junior title in the World Para Swimming World Series title earlier that year, while he also made two trips to the podium at the 2017 British Para-Swimming International Meet, securing bronze medals in both the MC 200m Freestyle and his preferred 100m Backstroke.

Jordan in the news