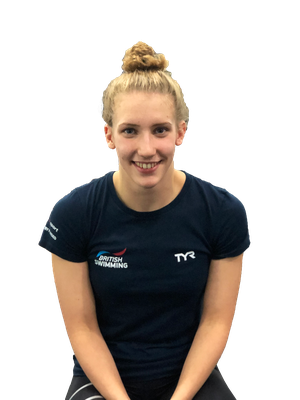 Louise Fiddes became a world champion on her World Para Swimming Championships debut in London in 2019, claiming the SB14 100m Breaststroke title - and followed it up by winning two medals at her maiden Paralympic Games in Tokyo in 2021.

A quartet of swims at the 2022 Para Swimming World Series inc. British-Para Swimming Meet saw Louise collect a bronze medal in her final swim, securing third in the Women's MC 200m Freestyle ahead of her second World Championship appearance in Madeira in June 2022.

The Tokyo Paralympics saw an abundance of success for the Hatfield athlete, with two medals and a quartet of top-five finishes. A silver in the SB14 100m Breaststroke preceded a SM14 200m Medley bronze on her final day of competition, contributing to a memorable summer for Paralympics GB in the pool.

Back in 2019, Fiddes took S14 200m Individual Medley bronze and finished fourth in the S14 200m Freestyle in an eye-catching start at Worlds level, as well as that stunning SB14 100m Breaststroke title.

She had previously rounded off the 2018 World Para Swimming World Series with the overall female title, having claimed a trio of bronze medals at the Sheffield leg to ensure selection for the team for the European Championships in Dublin.

The Hatfield-based swimmer's 2017 season saw her earn a call-up to the Mexico-bound World Championships team, where she was set to make her international competition debut - but an earthquake in the country meant she did not compete.

Louise in the news