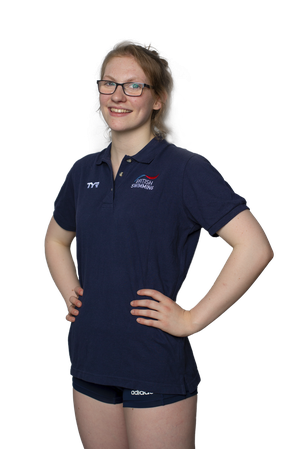 Rebecca Redfern has won medals on the Paralympic, World and European stages - including her first international gold at the 2019 World Para Swimming Championships in London and back-to-back Paralympic silvers at Rio 2016 and Tokyo 2020.

Rebecca’s couple of swims at the 2022 Para Swimming World Series inc. British Para-Swimming Meet saw a seventh-place finish in the MC 50m Freestyle, followed by a silver medal in the MC 100m Breaststroke.

At the Tokyo Paralympic Games, Redfern won a silver again in the SB13 100m Breaststroke, adding to the silver she won five years earlier in Rio, pacing her swim well to reach the Paralympic podium only a year after giving birth to son Patrick.

That same event provided Redfern with her maiden senior international title two years earlier at the 2019 World Championships in London. Worcester Swimming Club athlete also placed inside the top 15 in the S13 50m Freestyle at the 2019 Worlds.

Having missed out on the opportunity to race at her first World Championships in Mexico in 2017 due to the earthquake, Redfern was part of the British squad that headed to Dublin in 2018 for the European Para Swimming Championships, where she reached the finals of the S13 50m Freestyle and 100m Backstroke events, finishing fifth and sixth respectively.

Redfern's Paralympic bow came four months later - and it was a memorable one, as she returned to the podium in Rio to collect a silver medal in the SB13 100m Breaststroke.

Rebecca in the news