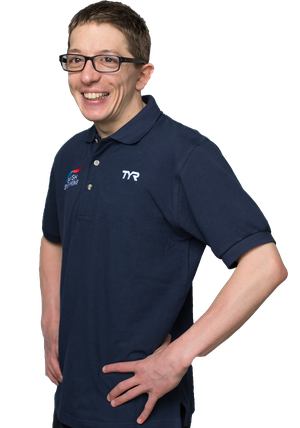 Scott Quin has shown himself to be one of the strongest S14 swimmers in the country, having won medals at Paralympic, World and European level.

Qualifying for his third World Para Swimming Championships in 2019, Quin had the honour of being flag bearer for the British team at the opening ceremony. In the tightly contested S14 100m Breaststroke final in London, he narrowly missed out on his first world title, equalling his silver medal achievement from 2015.

After taking silver in his preferred 100m Breaststroke at the British Para-Swimming International Meet in 2018, Scott secured his seat on the plane for the European Para Swimming Championships and followed it up by successfully defending his S14 100m Breaststroke title in Dublin.

The Warrender Baths-based swimmer made his Paralympic debut at Rio 2016, marking it by winning a silver medal in the SB14 100m Breaststroke event to cap another strong season of swimming, which had seen him win gold and the continental title in the same category at the European Championships earlier in the year.

The previous year, Quin clinched a silver SB14 100m Breaststroke medal in front of a home crowd in Glasgow at the World Championships, while narrowly missing out on a second final spot in the SM14 200m Individual Medley, finishing 12th overall. That display was on the back of a Breaststroke silver at the 2014 European Championships in Berlin, a return that saw him smash his own British record in the process.

In 2013, Quin upgraded to MC 100m Breaststroke gold at the British Para-Swimming International Meet to earn himself a spot at his first World Championships in Montreal later in the year. That ended with a fifth-placed finish in the final.

Competing against his European SB14 100m Breaststroke rivals, Quin finished fifth again on his World Championship bow in Germany in 2011 - but his first taste of international competition inspired him to keep improving, and he landed his first British medal in 2012 with MC 100m Breaststroke bronze at the London Aquatics Centre.

The Breaststroke specialist's initial breakthrough came earlier in 2011, when he finished fifth in the MC 100m event at the British Swimming Championships in Manchester and earned himself a spot on his first international team for those Berlin worlds.

Scott in the news