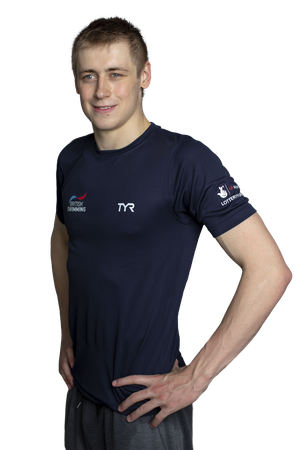 Stephen Clegg made his Paralympic debut at the Rio 2016 Games, reaching two finals to signal the quality that led to him securing a silver medal on his World Para Swimming Championships bow in 2019.

Unable to compete at the previous World Championships in 2017 due to the Mexican earthquake, the next major meet for Clegg to demonstrate his ability was the 2018 European Para Swimming Championships in Dublin, where he swam to three bronze medals - in the S12 100m Freestyle, 100m Backstroke and 100m Butterfly - and set two new British records.

Clegg's Paralympic bow came in Rio in 2016, when he competed across a trio of Freestyle events, as well as the S12 100m Backstroke, which brought him his best result of fifth.

He began swimming in 2014 and quickly took to the sport, breaking through to make his major debut ahead of Rio, at the 2016 European Championships in Funchal, Portugal, where he reached three finals and set a new personal best in the S13 400m freestyle.

Stephen comes from a family of Paralympic athletes, with both older sister Libby and brother James winning medals for ParalympicsGB at London 2012 in athletics and swimming respectively.

Stephen in the news