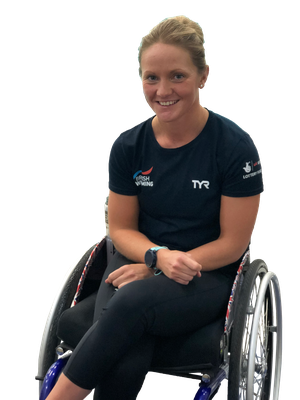 Suzanna Hext burst on to the scene of British Para-Swimming in 2019, claiming a pair of medals at her debut World Para Swimming Championships - and this preceded her debut Paralympics appearance at Tokyo 2020.

In Tokyo, Suzanna reached two individual finals in the Women's S5 100m and 200m Freestyle, placing fourth in both after a couple of performances that personified her drive and resilience.

Triple European para-dressage gold medallist Hext - who has ambitions of representing Paralympics GB in both aquatics and equestrianism during her career - only turned her attention to swimming in 2017 and did not compete in her first long-course competition until the 2019 BUCS Swimming Championships in Sheffield - setting a British S5 50m Freestyle record at the event.

Later that year, she further outlined her Freestyle quality by winning silver in the same event at the Worlds, as well as a bronze in the S5 100m Freestyle final, as she enjoyed a memorable debut at that level of competition.

Suzanna in the news