Heavyweights of the pool have been getting some Olympic tips from boxing champion Anthony Joshua.

Swimmers from the Loughborough National Performance Centre were invited to train with the 28-year-old, to learn how other sports build success and pick up tips from one of Britain’s most successful sports stars.

Adam Peaty, Sarah Vasey, Luke Greenbank, Jarvis Parkinson and Ed Baxter were invited along to Joshua’s training session at his base in Sheffield, and were shown the ropes at the World Class facility.

Loughborough Head Coach Mel Marshall said: “We are two years away from Tokyo 2020 and we want our swimmers to be in the best position possible and ensure they have a great journey with us.

“Both at Loughborough and at Bath we want to offer these amazing opportunities for our swimmers to ensure they are not only prepared physically for the Olympics, but mentally too.

“Being part of British Swimming isn’t just about being a chance to develop as swimmers, but as people too.

“We would be happy to have AJ over to the pool any time he fancies a bit of coaching - everyone had a great time and I want to thank GB Boxing for giving us the time today.” 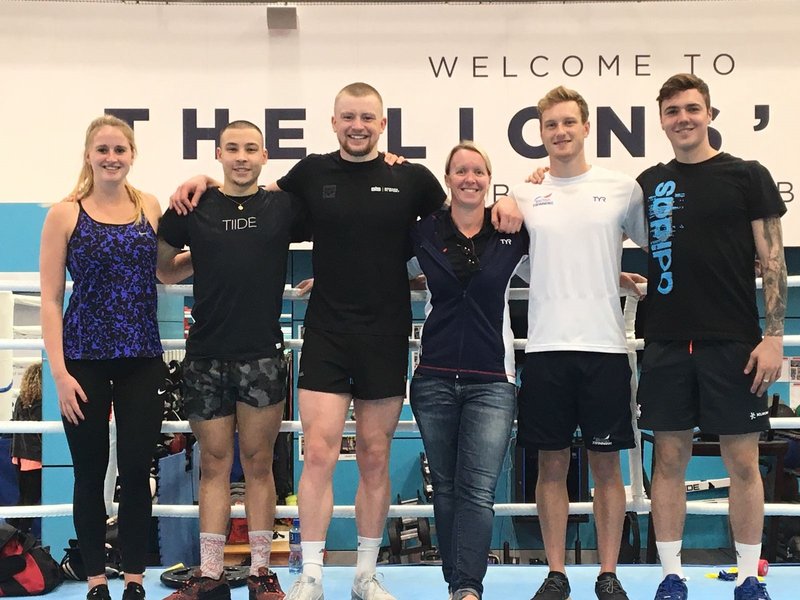 Joshua, who holds three of the four major world titles, won his Olympic title in the Super-heavyweight class at London 2012 and is undefeated across all 21 of his professional fights.

He has expressed an interest in looking at other sports and activities, such as chess to be able to give him a tactical advantage over his competitors.

Jervis and Proud get into the Olympic action

Daniel Jervis was one of two Team GB swimmers into action for the first time at Tokyo 2020 in this final heats session – and the Swansea Aquatics man was in confident, composed form to comfortably secure his place in the Men’s 1500m Freestyle final.

Duncan Scott obliterated his own British record in the Men’s 200m Individual Medley to claim a brilliant silver and become the joint-most decorated Team GB swimmer of all time at Olympic Games, while Luke Greenbank sealed a superb Men's 200m Backstroke bronze.

Abbie Wood and Molly Renshaw set up another Olympic final with double British involvement as both qualified for Friday’s finale of the Women’s 200m Breaststroke – meaning Team GB are set for representation in each of tomorrow’s four medal races.