The British U19s Men’s Water Polo team have successfully qualified for the European Championships and will head to Minsk later this year.

Following their three-match qualification round in Manchester over the weekend the thirteen-strong team secured their place in the final stage of the continental championships for the first time in over ten years. 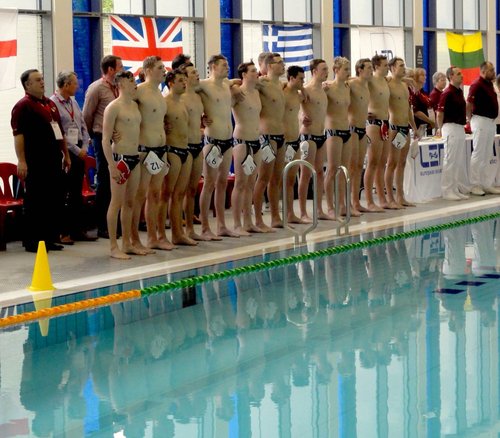 The weekend of competition opened with a match against Lithuania on Friday night which ended 22-7 to Great Britain and a solid three points.

Ukraine were the hosts next opponent and it proved to be a more even tie that eventually ended in a 7-7 draw.

GB’s final match was against Greece, a dominant force within international Water Polo that concluded in a defeat. The final score was 14-2 to Greece.

The team will now travel to the Belarusian capital of Minsk from 26th August – 2nd September 2018 for the championships finals to battle it out for the 2018 Men's U19 European title.

British Swimming can confirm today (11th March) that following a decision from LEN, the U19 Water Polo Championships Qualification Tournament that was scheduled to take place in Manchester from 2-5 April, has been postponed.

A squad of 14 players has been named for the LEN U19 Men’s European Water Polo Qualifiers, to be held on home soil in Manchester from 2-5 April.

Manchester to host U19 European Qualifiers

The men's U19 Great Britain water polo team will play five matches across the four days of competition spanning the 2-5 April 2020, as they host France, Germany, Lithuania, Ireland and Portugal drawn alongside themselves in Group B of the qualification tournament.