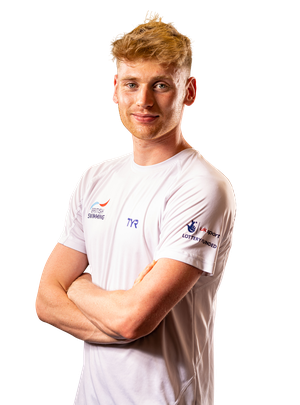 Kieran Bird produced one of the standout performances of the 2021 British Swimming Selection Trials to earn his place on the plane to Tokyo 2020 for his Olympic debut.

Bird - who trains under Jol Finck at the Bath National Centre - smashed his personal best in the Men's 400m Freestyle final to swim under the consideration time and ensure he will be competing in Tokyo, before going on to compete in both the 400m and 800m Freestyle events at May's European Championships in Budapest - his first senior international appearances in a British squad.

The Bicester-born athlete has already represented Team GB at junior level, competing in the 2015 European Youth Olympic Festival as a butterfly swimmer. After turning his focus to freestyle, he was part of the British squad at the 2017 European Junior Championships in Israel.

Kieran in the news