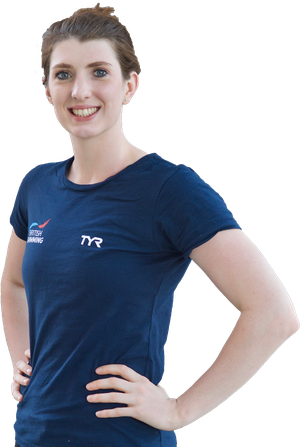 Bethany Firth MBE is a multiple world record holder and Paralympic champion across three separate Games - including a haul of two golds and two silvers at Tokyo 2020.

Bethany’s Para Swimming World Series inc. British Para-Swimming Meet in 2022 brought two medals, with a gold and silver in the MC 200m Freestyle and MC 200m Individual Medley respectively. A fourth-place finish in the MC 100m Backstroke topped off some good preparation for the summer, when she will appear in a third World Para Swimming Championships.

At the Tokyo Paralympics, Firth was one of the most successful British swimmers, collecting that quarter of medals. Gold medals in both the S14 100m Backstroke - a title she has won in three consecutive Games - and the Mixed S14 4x100m Freestyle Relay were supplemented with silvers in the S14 200m Freestyle and the SM14 200m Individual Medley, as she reiterated her position as a world-leading Paralympic athlete.

The 2019 season was an outstanding one for Firth, too, when she claimed two gold medals in the S14 100m Backstroke and Mixed S14 4x100m Freestyle Relay events at the World Para Swimming Championships in London, as well as silvers in the S14 200m Individual Medley and S14 200m Freestyle finals.

A three-medal haul at the British Para-Swimming International Meet in 2018 - which included gold in the MC 200m Individual Medley - secured Firth's selection for the 2018 European Para Swimming Championships in Dublin.

The multiple Paralympic Champion stood on the top of the podium twice at the 2017 British Para-Swimming International Meet and lowered the world record in the 100m Butterfly,  a new event to the S14 programme at the time.

A strong start to 2016 for Firth saw her collect four medals at the British Para-Swimming International Meet in Glasgow - including two golds in the Women's MC 200m Freestyle and MC 200m Individual Medley - before two European silvers ahead of her second Paralympics, in Rio.

The 2016 Paralympic Games brought a trio of titles for the Seaforde-born swimmer, including the defence of the S14 100m Backstroke gold she won at London 2012. She also claimed gold medals in the S14 200m Freestyle and SM14 200m Individual Medley, on top of a SB14 100m Breaststroke silver, during a hugely successful first major competition swimming for Britain.

In 2015, Firth added to her ever-growing medal tally with two golds and a silver at the British Para-Swimming International Meet in Glasgow, a return that qualified her for her second World Championships, only for a wrist injury to force her to withdraw from the squad. She did, though, set the S14 100m Backstroke and S14 100m Freestyle world records during this year.

While she was ineligible to compete for Britain at the Europeans, Firth made an impact on the domestic stage in 2014, winning four golds at the British Para-Swimming International Swimming Meet in Glasgow. She also competed in six individual events and two relays for Northern Ireland at the Glasgow 2014 Commonwealth Games.

In 2013, she won three silver medals on her World Para Swimming Championship debut in Montreal, touching second in the 100m Breaststroke, 100m Backstroke and 200m Freestyle. Before the close of the year, Firth chose to swim for Great Britain.

Firth’s first international outing came at just 16 years old when she clinched a surprise gold in the S14 100m Backstroke at London 2012 when representing Ireland, having won 200m Freestyle silver on her European Para Swimming Championship debut in Berlin the previous season.

Bethany in the news